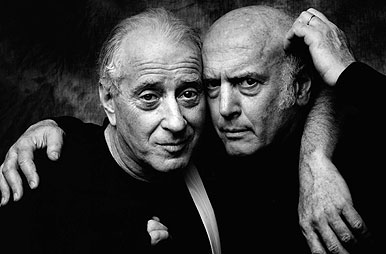 Jerome “Jerry” Leiber and Mike Stoller were American songwriting and record producing partners. Stoller was the composer and Leiber the lyricist.

Leiber and Stoller’s initial successes were as the writers of such crossover hit songs as “Hound Dog” and “Kansas City”. Later in the 1950s, particularly through their work with The Coasters, they created a string of ground-breaking hits that are some of the most entertaining in rock and roll, by using the humorous vernacular of the teenagers sung in a style that was openly theatrical rather than personal, songs that include “Young Blood”, “Searchin'”, and “Yakety Yak”. They were the first to surround black music with elaborate production values, enhancing its emotional power with The Drifters in “There Goes My Baby”, and influencing Phil Spector, who studied their productions while playing guitar on their sessions. 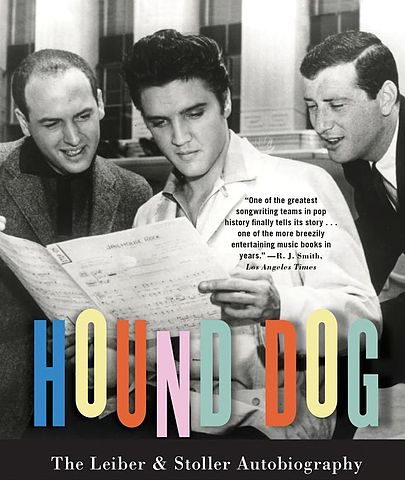 Leiber and Stoller wrote hits for Elvis Presley including “Love Me”, “Jailhouse Rock”, “Loving You”, “Don’t”, and “King Creole”.[3] They also collaborated with other writers on such songs as “On Broadway”, written with Barry Mann and Cynthia Weil; “Stand By Me”, written with Ben E. King; “Young Blood”, written with Doc Pomus; and “Spanish Harlem”, co-written by Leiber and Phil Spector. In 1964, they launched Red Bird Records with George Goldner and, focusing on the “girl group” sound, released some of the greatest classics of the Brill Building period.