The  Wines of  Bloom and Arterra Wines buy Laughing Stock

Another Okanagan Winery has been scooped up by a much larger company.

Arterra have been in the BC wine business for more than 30 years with top end vineyards like Black Sage and Sunrock and wines such as Sumac Ridge, See Ya Later, Jackson-Triggs, Inniskillin Okanagan and Nk’Mip Cellars.

Laughing Stock’s Bordeaux Blend Portfolio is considered one of the best blends in Canada and their Syrah Ain’t too shabby either.

Founders Cynthia and David Enns will continue on at the winery.

Our guest is Jay Wright, the President and CEO of Arterra Wines Canada. 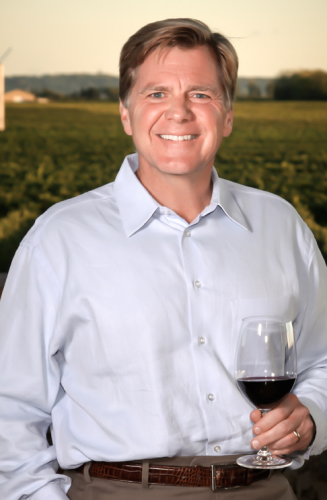 It’s sometimes  best when you walk into a room where close to 100 wineries are pouring,  to work the room alphabetically. Unless of course you forget to spit. 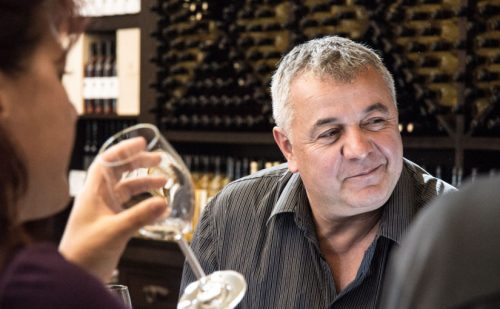 The hottest C winery this year is Cassini on the Golden Mile Bench. After winning 7 Gold and 5 Silver they were named winery of the year at Intervin and have had an astonishing year in the awards circuit. A record 2 Lieutenant Governors Awards and 2 more Gold in LA.  Our guest is the visionary owner/winemaker Adrian Cassini.  cassini.ca 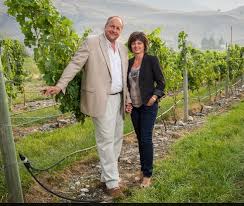 Character guy makes character wines.  His winemaker Amber Pratt has taken  on a much tougher job, being the Mom of three children.

Chris has downsized a bit but still he’s a full time working owner and grower. Jentsch continues to win award after award and if you haven’t tasted their Syrah or The Chase, you have a treat waiting for you. 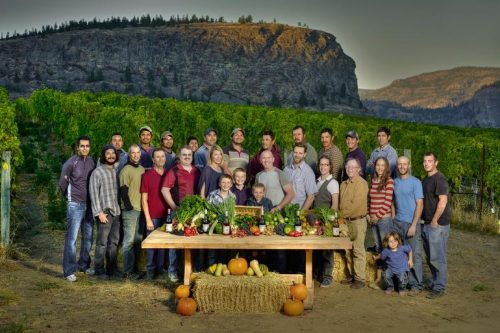 Yes,  they work tough hours and even tougher conditions but nobody has more fun doing it that the Covert Clan. It shows in their wines.     covertfarms.ca

Next  Pacific Breeze, Therapy and Spierhead.

Tantalus is situated on the eastern slopes of the Okanagan Valley, overlooking the shores of Lake Okanagan and Kelowna.

Originally known as Pioneer Vineyards, the site was first planted to table grapes in 1927 and today is known as the oldest continuously producing vineyard in British Columbia

David Paterson is a Kiwi and a Canadian, having been born in Vancouver. He received his winemaking degree from Lincoln University NZ & following time spent working in the local NZ industry he travelled the wine world gaining experience at premium wineries in Oregon, France & Australia.

He landed at Tantalus in 2009 and with seven successful vintages under his belt with the winery he took on the role of GM as well in 2016. Prior to joining Tantalus, David was working with celebrated South Australian producer Henschke Cellars.

As such he got to work the vineyards at the world famous Hill of Grace.  Riesling has always been the leader at Tantalus however, through  David’s guidance Chardonnay, Pinot Noir and Blanc de Noir have caught our attention.  www.tantalus.ca