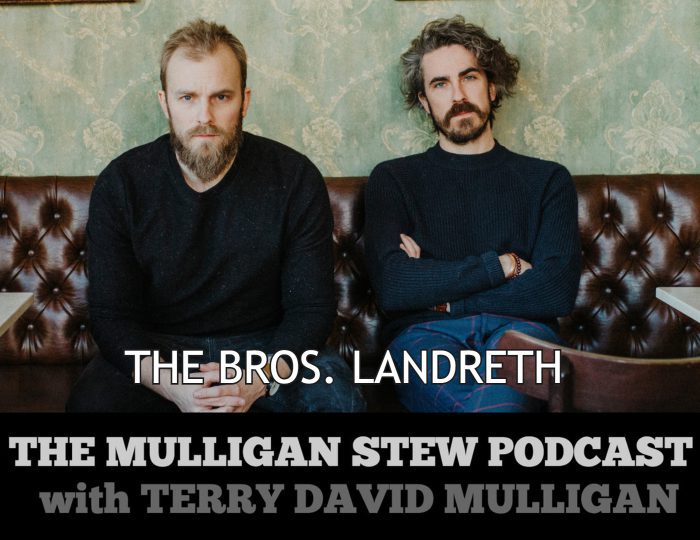 Joey Landreth and his older brother David grew up in a total music house in Winnipeg, Manitoba. Father Wally was a working musician, playing gigs and making records with everyone he met. The boys raided the record collection every day..soaking up blues, r&b, jazz and country.

Later, when they both picked up the guitar and started to make music they focused in on The Allman Brothers, Ry Cooder, and Little Feat. The Bros. Landreth won a JUNO for Let it Lie. The album took over their lives for four years of touring. Their latest record 87 is due out this September.

We found David and Joey at the Bear Creek Festival in Grand Prairie, their only Canadian gig this year.  All the other brother performances will be in the USA,  the UK, and Europe.