The 41st VanWineFest Part One – The Californians! 41 years ago the Vancouver International Wine Festival opened their doors to the World’s wineries.
Only one showed up. Robert Mondavi brought his California wines to pour that day.
Some say California saved the show.

And so, here we are 41 years later and California is the feature region at the 41st VanWineFest.
What a line up. We couldn’t talk to them all but we did do pretty well.
Seventeen Californians and one certain Washington Red Mountain newbie.
Have a favourite California wine? Check the list below. See if it’s there or see if it’s there but go looking for a new California pal.
FYI – Next Week Gina Gallo. Jean Charles Boisset and 15 Canadian winemakers

Here’s why I immediately liked Jon Bonne.
“ Not all pink wine need be Summer water But Whispering Angel should be cast into some Miltonian iteration of Hell”
Jon Bonné is one of the most influential American voices on wine. He is the senior contributing editor for PUNCH, and the author of The New California Wine and The New Wine Rules.
www.punchdrink.com In 2016 the Wine Enthusiast awarded Bonterra as its American Winery of the Year because of its commitment to organic farming and it’s quality of affordable wines. Bonterra is the most popular organic wine in the USA.
Fetzer’s bourbon-barrel-aged Zinfandel 1000 Stories debuted in 2014. In the five years since, production has exploded from 5,000 cases to more than 140,000 annually!
www.bonterra.com
www.fetzer.com

A New Zealand native, McAllister earned a bachelor’s degree in viticulture and enology from Lincoln University in Christchurch, New Zealand. His deep passion for winemaking has taken him all over the world, from New Zealand to Australia, Chile and Cyprus. Since moving to California, in addition to his work with La Crema, McAllister has also made wine for Wild Ridge, crafting elegant Pinot Noir from vineyards on the rugged Sonoma Coast.
www.lacrema.com Randy Lange is a fifth-generation winegrower.
During the 1870’s his Great-Grandparents, Johann and Maria Lange, settled in Lodi. By 1916 they had the family’s first grape-ranch. It was on this ranch where their dad, Harold, was born in 1920.
In 1974 they decided to farm on our own. They finally built Lange Twins winery in 2006.
FYI – Lange Lodi vineyard produces spicy old-vine Zinfandel, concentrated Bordeaux-style wines and lively Rhone-style reds and whites—many from organically or sustainably farmed vineyards.
www.langetwins.com

Chief Winemaker Share a Slash/Cannonball/Cowboys and Angels
High Dive and Astrolabe
Ondine is a passionate Sonoma County winemaker with experience ranging from cult boutique producers to notable household name brands. Her love of the diversity of Sonoma and California at large fuels her enthusiasm for making a range of varietals from Sauvignon Blanc to Cabernet. Started her career at Cline, Beam and Geyser Peak.
www.shareasplash.com

Emma Swain, CSW and CEO of St. Supéry Estate Vineyards and Winery has worked in the wine industry for more than 20 years. Emma started in finance, before joining Niebaum-Coppola Winery and later worked at Sebastiani Vineyards and Winery for thirteen years as Chief Operating Officer
“Our primary focus is on Sauvignon Blanc and Cabernet Sauvignon, “We’re a 100 percent Estate Winery, which means that we grow and produce everything that we make, without a drop of anything else coming into the process. Of the more than 530 wineries in the area, there are only a handful in the Napa Valley that are 100 percent Estate.”
www.stsupery.com

Paul Wagner was honored by the American Wine Society as the winner of its annual Award of Merit for 2018. Other recipients of the award include Robert Mondavi, Gina Gallo, Warren Winiarski, etc
“Paul has influenced the way the public drinks wine and thinks about wine”
Paul Wagner has been an instructor for Napa Valley College’s Viticulture and Enology department for the past 23 years. In addition, he teaches at the Culinary Institute of America at Greystone, is a guest lecturer at many universities and has spoken at more than 80 conferences throughout the world on wine, wine education, wine tourism, public affairs, and wine marketing.
www.rickandpaulwine.com

After an obligatory stint in Napa Valley he made his way to Ridge in 1989. David’s duties include managing the historic Monte Bello vineyard in the Santa Cruz Mountains, the Whitton Ranch at Geyserville, and the Lytton Estate vineyards at Healdsburg, as well as monitoring and helping all Ridge growers in Sonoma, Napa, Santa Clara, and San Luis Obispo Counties.
Ridge’s fame started when it was placed fifth in the 1976 Judgment of Paris tasting. At the 30th anniversary tasting in 2006 it went several steps further, with its 1971 Monte Bello Cabernet winning first place in the original vintage category and the 2000 ranking top for new vintages.
www.ridgewine.com

In 2005, Silverado Vineyards pioneering winemaker Jack Stuart stepped down as general manager, and Russ Weis took the reins. Russ, a senior vice president with Robert Mondavi (launched Opus One), brought more than twenty years winemaking to Silverado. He is extremely passionate about the winery: “We enjoy an amazing array of meticulously cared for estate fruit. Even in the most challenging years, our vineyards guarantee us a level of quality which we can be proud to call Silverado.”
Silverado makes around 85,000 cases each year, of which 22,000 are Chardonnay and the rest Bordeaux-style wines. The vineyards are in cool climate Napa regions, Carneros and Stag’s Leap.
www.silveradovineyards.com

Born and Raised in Napa. In September of 2002 she tried selling grapes to Chuck Wagner. He declined the fruit but hired her to work with him.17 years later she’s Mountain Cabernet Winemaker for Caymus Vineyards. Harvest also has her own family winery Duhig, in Coombsville.
www.wagnerfamilyofwine.com

Also born and raised in Napa, Kristen brings two decades of viticulture and winemaking on three continents to making the whites at J Lohr.
Along the way she worked with mentors Zelma Long at Long Vineyard and Milla Handley at Handley Cellars.
www.jlohr.com

Ray lost his winery to the Napa fires. The house his Father built and the buildings attached.
Surprisingly his wines mostly survived. Signorello was designed like a Bordeaux Chateau. Everything farmed in-house for the past 40 years. His surviving vines included 38 year old Chardonnay vines with the Cab vines not that far behind. Ray was pouring his fabulous Signorello Estates Cab but also his new wines Fuse, Edge and Trim.
Signorello is Located in the heart of the Silverado Trail. Just North is Stags Leap and just West is Oak Knoll. There’s a new winery being built this year.
Ray on Social Media and Millennials
“They’re different from Gen X and Baby Boomers. They seem to be more interested in trying wines they haven’t heard of before – off-beat stuff – not necessarily the blue chip Napa Valley. So the challenge is how do we in Napa Valley make sure we’re engaging them”
www.signorelloestate.com I cannot think of another winemaker who has stayed with the same winery for 28 years.
Randy oversees 12,800 acres of estate vineyards in cooler coastal California winegrowing regions. One third each in North Coast, Monterey and Santa Barbara counties.
www.kj.com

A native of Santa Rosa Randy grew up tending the small family Muscat vineyard on their property.
He and his family promptly build a small cellar into a hill on their property and started production. As one does in wine country. Randy has interned at Piper Sonoma and Far Niente before spending 23 years with Korbel and Draxton Wine.
Geyser Peak was named Sonoma Winery of the Year in 2018 by The New York International Wine Competition. Farming in Sonoma plus The Russian River and Alexander Valleys.
www.geyserpeakwinery.com

Fifth generation winemaker and winegrower Karl Wente grew up working at Wente Vineyards and expanded his experience at the Peter Michael Winery in Sonoma and Brown Brothers winery in Australia. In 2013, Karl was named one of Wine Enthusiast’s “40 Under 40.
www.wentevineyards.com 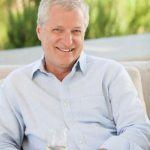 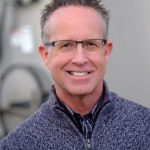 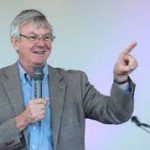 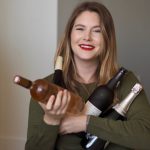 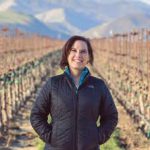 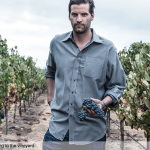 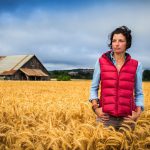 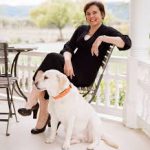 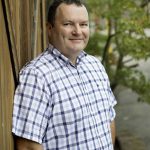 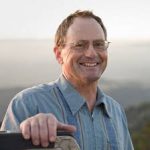