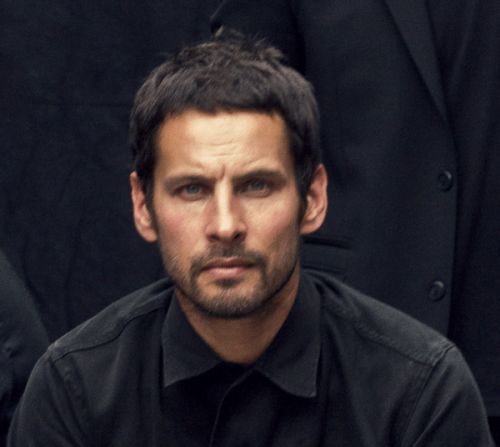 We start with Sam Roberts. The leader of The Sam Roberts Band.  They’ve just released their 7th studio album All of Us.

Ranks as his best yet.

He had the songs written and recorded but decided to follow the voice talking inside his heart and head and re-wrote/re-recorded them all. As an aside, when Jason Priestley and I were shooting our TV series Hollywood and Vines we found ourselves in Ribera del Duero in Spain.

We were in  a winery known for its house band and concert series.  One of the barrels in the cellar was signed by Sam Roberts.

I’ve interviewed Sam a number of times.  Usually about his music and tours  but we inevitably  end up talking about wine.

He lives in Montreal and has access to lots of European wines, some Ontario wines and almost none from BC.  That  of course is  what we talked about.

I can think of nothing better than a glass of big red wine and listening to The Sam Roberts Band’s new album All of Us. “It all starts with the farm, we truly believe that wine is not made, wine is grown. Being blessed with this beautiful piece of land in the Cowichan Valley, it has become our responsibility to steward it to the best of our ability. For that, we look to the old world. They all farmed organically, not for marketing or because it was trendy, but simply because that was how they farmed. Not against nature, but with it. It is our goal through bio-diverse and sustainable farming practices like dry farming, composting, mulching and animal husbandry to breathe abundant life into our land. The beautiful byproduct of farming this way will be a healthy balanced vineyard”.

I’ve known Mike since he interviewed me for his wine video show in 2008 or 9.

I’m thinking he went to school on all the information that passed through his microphones.  He and Robin were meant to become what they became – farmers and winemakers.

Mike came by the other day to talk about two of their new wine releases.

The Pinot features a balance of neutral oak, dark cherry, cranberry etc.  A few years in a cellar will reward the patient wine fan.

The Marechal-Cabernet Foch is a field blend.  89% Marechal Foch and 11% Cabernet Foch.  Looking for tannins in your big reds?

One of the reasons why Mike and Robin bought this particular home vineyard was because of the heritage Pinot vines that had been planted and in the ground for a number of years. They have since continued to lovingly watch over and farm those vines and expand in other areas of their acreage.

The future looks bright for Emandare!

Lyndsay is the winemaker  and Graham the viticulturist. They arrived on the Naramata Bench the same Summer as my wife Meg and I .  2007. Tightrope is one of the most successful small wineries in Canada.

At the final Judgement of BC in 2019 the Tightrope 2016 Syrah won the entire Syrah tasting against 5 other BC Syrah’s and 6 World class Syrah’s.

They also placed 4th in the Riesling and 8th in the Pinot Noir.

2018 Pinot Noir – Rubis.  The nose will love the vanilla & strawberry notes along with flavours of cranberry, dark fruit and a hint of saddle. Cellar to 2026  $32

Graham and Lyndsay started this partnership in a pet store. I kid you not .

We’ll give you that early beginning story and then discover

why that vineyard and why Naramata?

A return to Hillside

Geeking out on Pinot