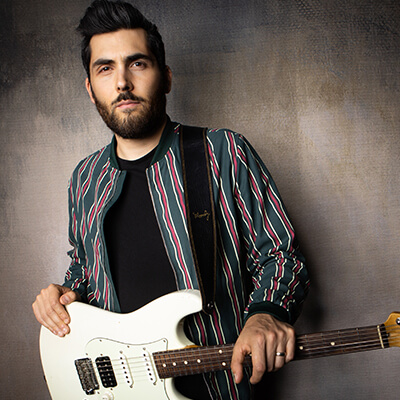 Ariel Posen is an admitted guitar-for-hire.

I discovered him through the music of The Bros Landreth.

Joey and David were the first to take me aside and say “watch that guy…he’s much more than a guitar player.”

And so we arrive at that moment when Ariel steps out with his second solo album Headway.

His songs. His band. His voice.  Pure Posen

And just like the Bros. he already had a growing and established audience in Europe.. He lived in Cork, Ireland for years, toured all over that part of the world. Many in his audience discovered his playing when he regularly demo’d guitars for a large music chain. They had no idea he also sang and wrote his own music. All the fans and fan mags knew was – he was a great guitar player.

We found Ariel now living in Montreal.  You’re going to love this guy.

Dominique Fils-Aime  Kick Off The Stew.