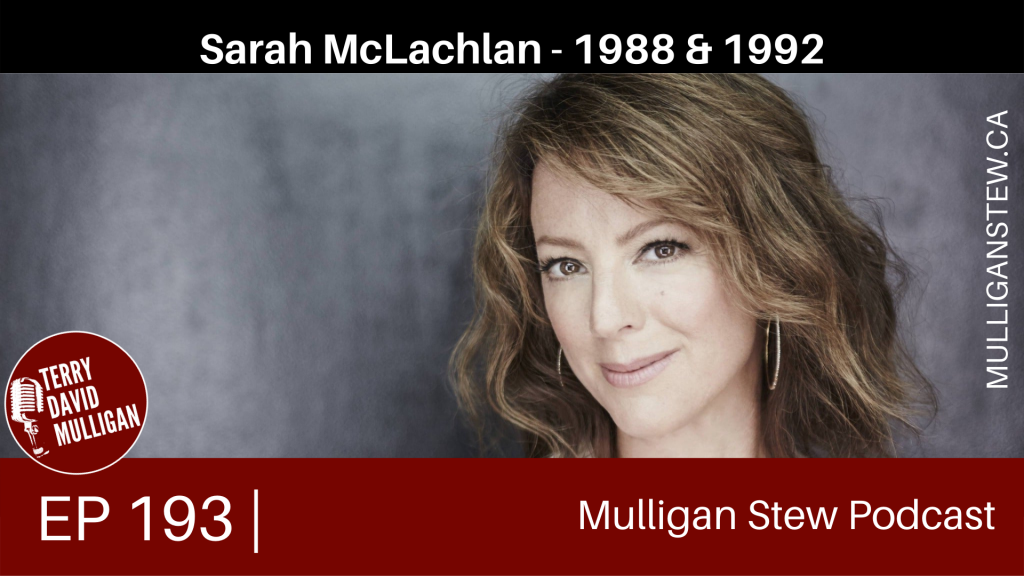 Not all the interviews we present on the Stew Podcast are brand new.

I’ve been at this interview thing since 1964 so there are always the possibilities of archival interviews.

Many are tied up in legal issues. Some were never kept or lost to time.

However, occasionally they just get “discovered”

The Sarah McLachlan interviews we present this week are the discovered type.

The first was in 1988. Sarah with her late 80’s Halifax Hair. Me,  holding her new album on Solace on cassette.

The year before Sarah had released Solace and was touring hard,  working on the songs for ‘93’s  Fumbling towards Ecstasy.

Everything changed right there. She had the songs, the voice, and the drive to become – what she became – a 40 Million album selling, Lilith Faire producing, and Grammy/Juno winning music star.

Sarah and I would later tour Thailand and Cambodia for World Vision. That’s another interview.

Two moments in time on the Mulligan Stew Podcast.