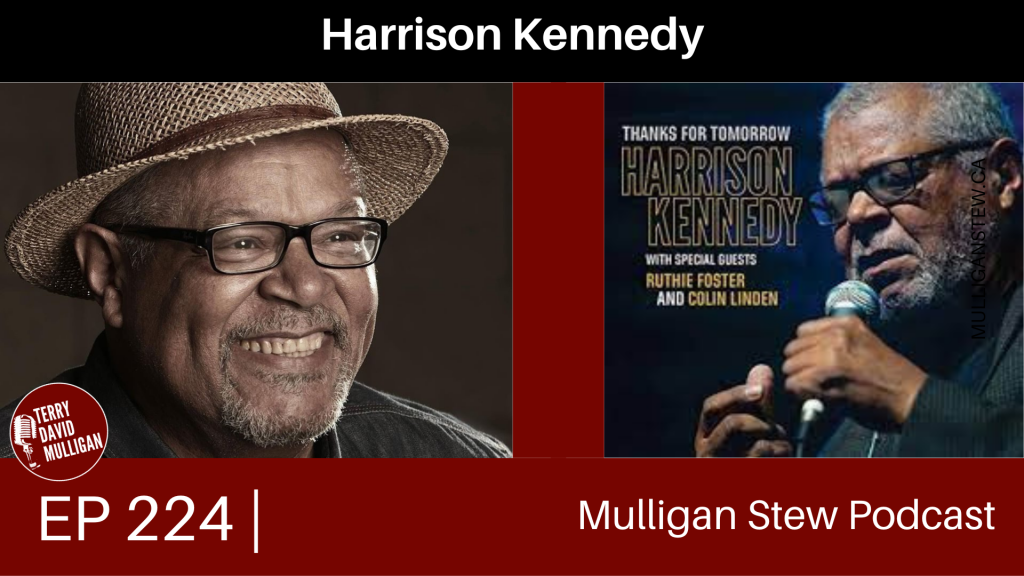 HARRISON KENNEDY was awarded the 2016 “Blues Album of the Year” JUNO for his album “This Is From Here”.  This was the 6th nomination for the Hamilton, ON. based artist.

Now comes his latest album Thanks for Tomorrow

Harrison Kennedy was born and raised in Hamilton, Ontario.  His family had roots in New Orleans and Tennessee,[ Kennedy sang in the Stewart Memorial Church Choir as a boy, when childhood trips took him over the border to visit relations in Arkansas, Rogersville, Tennessee,[9] and Detroit, Illinois, United States, and all these experiences expanded his love of music.,  The other border his family crossed was the Canadian border. They decided to stay and live there.
Harrison grew up in a house filled with music and famous visitors such as Duke Ellington, Billie Holiday, and Lonnie Johnson. In 1969 he took a hiatus from college to become a founding member of the million-selling Detroit Soul Super Group “The Chairmen of the Board” with whom he toured the world, as well as appearing on Soul Train, American Bandstand, and the Tonight Show with Johnny Carson.

Harrison Kennedy has released almost a dozen internationally acclaimed albums and developed into one of the 21st century’s most insightful and original Blues singer/songwriters.

To quote my friend Tom Coxworth

For anyone not familiar with Harrison Kennedy, he has been nominated for
12 Maple Blues awards and 4 Junos and was touted by BB King as Canada’s
premier Blues performer

We’re going to talk to Harrison about his family, his spirituality and his music!!