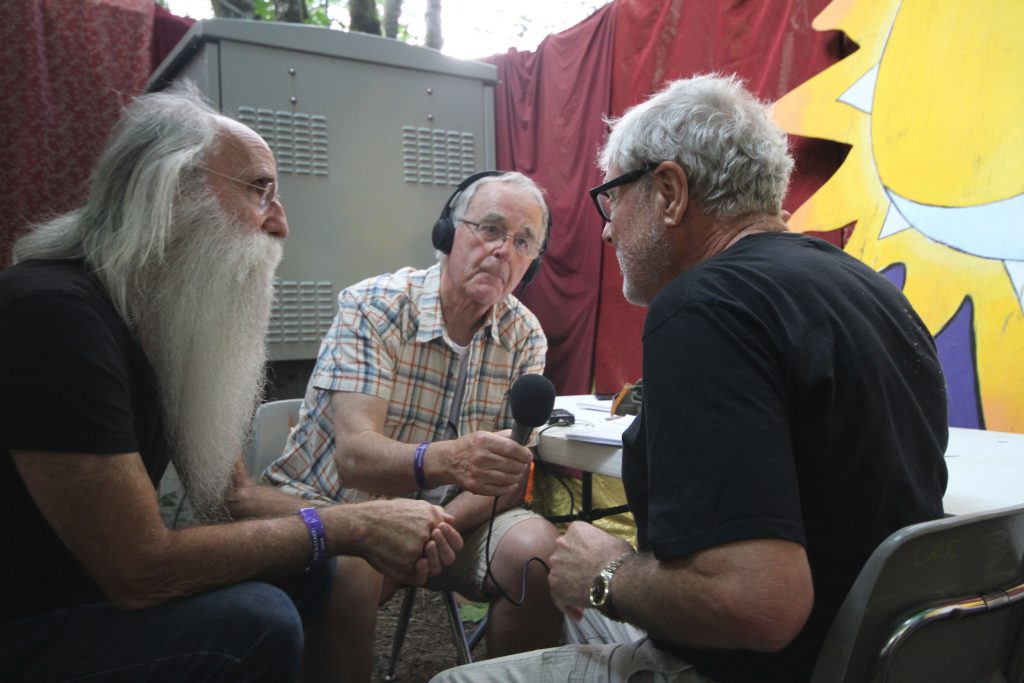 When you think about certain classic hits or artists

I never loved a man- Aretha

I’ll take you there – Staple Singers

When a man loves a woman – Percy Sledge

You think of the bass player at Muscle Shoals – David Hood They’ve never met or been interviewed together.  Until this Saturdays Stew.

Terry found both at the Vancouver Island Music Festival and turned complete fanboy.

Things they talked about

“we’re the guys who hold the band together..even if the people around us don’t even know we do it.”  David

“we’re the glue.  The liaison between the melodic and rhythmic.”  Leland

Both talked about Muscle Shoals, Booker T and Stax, The Wrecking Crew and the LA session cats.

David says  “It’s not just me it’s the rest of the Muscle Shoals guys.  I just keep it simple”

Leland describes being in the studio and putting on his headphones..what he hears is “Barbara Streisand singing in his ears with a full orchestra.”