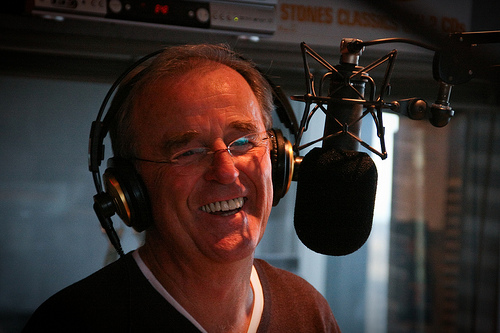 An aficionado of contemporary popular music, Terry David Mulligan gained national exposure through his television presentations on Much Music and Bravo! while simultaneously carving out a career as a television and film actor. Mulligan is a big fan of CKUA, calling it “unquestionably the best radio station in Canada”. In 1995, Terry offered to back up his words with action and began hosting a program that features the best in pop, rock, R & B and soul music. It’s a concoction that, naturally enough, is called Mulligan Stew.

Terry’s show is recorded in Nanoose Bay, Vancouver Island BC. The result is 2 hours of blockbuster ‘hot tracks’; both the best of the new material and the classics that have stood the test of time.

(RCMP) officer in Olds and Red Deer, Alberta from 1960 through 1964. After leaving the Mounties, Mulligan
worked as a radio DJ for 20 years.

He was , for just a moment in the right place at the right time and got to create and program Canada’s first FM
Underground Rock Station..CLKG-FM, now CFOX.
TDM then joined CBC Television as host of the music video series Good
Rockin’ Tonite (simultaneously, he was also a regular on the children’s TV
comedy series Zig Zag, produced by BCTV). He left the CBC in 1985 to
become a VJ and producer for MuchMusic, covering primarily the West Coast
music scene as host of the long-running Much West series.
For many years Terry was the Host of Movie Television for CityTV spending
weekdays shooting behind the scenes stories on film sets and weekends
screening new movies in LA/NY, then interviewing all the stars!!
He was a program host and producer for the Canadian entertainment channel
Star!
For 26 years TDM has produced and hosted Mulligan Stew a weekly 2 hour music program on Alberta
public radio network CKUA. Mulligan is also a prolific character actor who has been featured in supporting and
feature roles in many movies and television series including, notably, The Accused, The X-Files, Robson
Arms, Hard Core Logo, Mystery Alaska and the Fantastic Four movie. The vast majority of the films and TV
shows in which he appears are filmed in the Vancouver area. 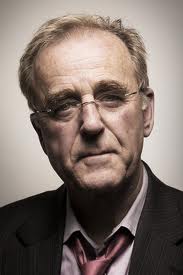 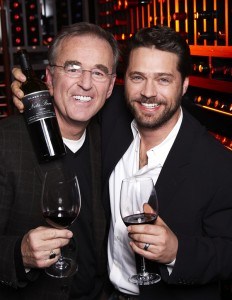 In recent times, he has been working on a radio show called Tasting Room Radio, as well Terry was named Broadcaster of the Year by the British Columbia Association of Broadcasters,  Terry comments:

“The fact that my fellow broadcasters named me Broadcaster of the Year is flat out wonderful. For 15 years I have felt that I was working in a vacuum, one guy, one mic, a vinyl guy working in a digital world. I told the audience at the event that I had no idea, anyone, in broadcasting was paying attention to what I was doing in radio, so I was gobsmacked that I was awarded Broadcaster of the Year by my peers. I’ve always been a radio guy, even when I was better known for TV and acting, and have continued to keep my hand in the radio business.”

It’s also the same studio that in which he creates and produces his weekly one-hour food,  wine, and travel show Tasting Room Radio. www.tastingroomradio.com

TDM also co-produces and co-hosts Hollywood and Vines TV with his pal Jason Priestley. The wine and food show is seen in 190 Countries.

While Terry has accomplished a lot in his career and certainly there is more to come, there is nothing that Terry is more proud of than his family. Terry has four children and has been married to Meg for over 35 years.

He’s been inducted into the BC Entertainment Hall of Fame with a star outside the Commodore Ballroom and was 2012 BC Broadcaster of the Year. Associate Producer, Corey Wood has been working with Terry for many years on digital production of his programs and online presence. As a team, they have successfully brought the Mulligan Stew suite of productions to life for the masses to enjoy.